My dad, Earl Richard had a half-brother named Homer Warren from his mother’s first marriage. 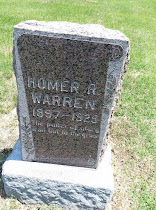 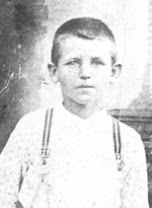 Earl had gone to live with Homer, who was living in Herrin Illinois and working as a miner in the summer of 1924. Homer had also become a member of the Klan and was a bodyguard for one of their top guns, S. Glenn Young.

Earl shared two stories of his time in Illinois. The first he and Homer were riding in a wagon outside of town when some brush began to rustle just off the road. Homer without missing a beat or slowing the horses down, he pulled a pump shotgun from beside himself and emptied it into the brush.

The second story and the one that made Earl decide to go back to Missouri happened later in the fall of that year. He and Homer were living in a garage behind a house in town. One night when they came home they found that the garage was fully riddled with bullet holes.

Homer was killed in a shootout with the local Sheriff.

Williamson County where Homer met his death had a bloody history.

The Carterville Mine Riots of 1899

In 1889, Samuel T. Brush started up a mining operation north of Carterville, Illinois called the St. Louis and Big Muddy Coal Company. Brush decided to break the Union and brought in scab laborers. To make the matter worse these laborers were African American from outside the County. On September 17, 1899, a group of black miners from Brush’s mine left his mine property and went downtown to the train station. This was the opportunity that the union workers had been waiting for since they already had a wagon full of guns and ammunition prepared for the event.

Before the black miners could reach their destination they were confronted with the union workers and a gunfight ensued. In the end, several non-union workers were killed and several were wounded with no casualties on the union side. The union men responsible were rounded up, arrested, and jailed. After three days, all were released and no convictions were ever filed.

In 1922 William J. Lester began developing a mining operation called the Southern Illinois Coal Company. Lester had a plan, his mine would be a strip mine operation, unique for that time, and instead of making the mistake that Brush made by using black workers, he would use non-union white workers.

On June 21, 1922 the mine was attacked along with the convoy that ferried  the scab workers to and from the mine.

On the next morning, June 22, 1922, Sheriff Thaxton, headed for the mine. When he arrived, the mine was a virtual mob scene. Everything had either been burned or dynamited or was in the process of being destroyed or plundered.

The remaining 46 scab workers were marched through the woods to Coal Belt Electric Line’s power house where the attackers opened fire on them, killing or wounding 20 of them.

Twenty one people were killed in twenty four hours and three would die later from complications.

The KKK in Williamson County

Williamson County had become a fertile field for establishment and growth of the Ku Klux Klan. The area was predominantly fundamentalist Protestant and fervently patriotic, and these factors contributed to prejudices and intolerance. They also contributed to fanatical support of Prohibition laws.   Herrin had a ready-made scapegoat in its Italian miner community, as these people were “foreigners,” Catholic, and “habituated to wine”; many of them had become bootleggers after passage of the Volstead Act.

The local Sheriff George Galligan was not strictly enforcing Prohibition, and the Williamson County Law Enforcement League, organized to help stamp out bootlegging and gambling, had condemned him, publicly announcing that other means would have to be found to enforce the law. Many citizens believed that the Klan offered a way to clean up Williamson County and redeem it from its shame.

On January 24, 1925, Deputy Sheriff Ora Thomas confronted S. Glenn Young in the Canarg Cigar Store that was located in the European Hotel. The meeting of these two enemies ended in a gunfight that left Thomas, Young, Homer and another Klansman dead.

On January 27, the coroner’s inquest covering the Young-Thomas shootout, decided that Young and Thomas had killed each other and that the other two men were killed by parties unknown. 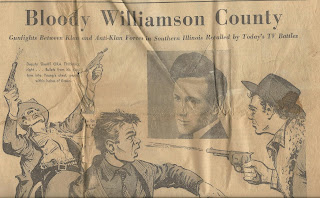 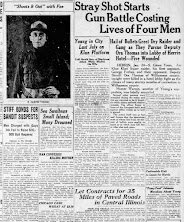 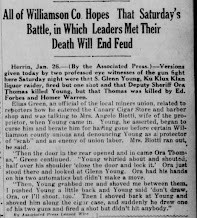 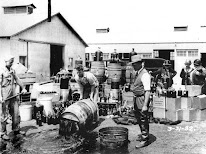